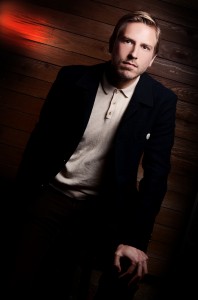 Sultry, soulful, and sincere are what audiences have said of up and coming vocalist Ashleigh Smith. From the small town of LaGrange, this Georgia Peach is new to Texas soil; however, she is no stranger to the stage.

A recent graduate from the University of North Texas with her Bachelor’s of Jazz Studies, under the instruction of Rosana Eckert, Dr. Timothy Brent, and Jennifer Barnes, music has always been Ashleigh’s passion and first love. She has performed for thousands of people across the state of Georgia and has begun to do the same in Texas, singing at private parties and other venues around North Texas, including the large Denton Jazz and Arts Festival for the past three years. She is making her mark on the DFW (Dallas Fort Worth) area as the lead female vocalist with many of Dallas’s top bands such as the TOP Band, Professor D, Domino Effect, Downtown Fever, & The Knice 2 Know Band (K2K), The Krewe of Swing.

She has been awarded the prestigious Downbeat Student Award for Best Undergraduate Jazz Vocal Performance in 2011 and the Outstanding Undergraduate Vocal Jazz Soloist in 2012. She is a member of the world renown Jazz Singers 1 with whom she has also won a 2012 Downbeat Award. Her vocal talent has also provided her the opportunity to travel and perform as a soloist and chorister in Washington D.C, Northern Ireland, Orlando, Florida, and New York City, and most recently she has shared the stage with the world renown vocal jazz group The Manhattan Transfer and the phenomenal Jon Hendricks during the Kennedy Center’s “Swing, Swing, Swing” concert series. She was awarded the opportunity to do background studio work for Grammy award winning artist Chrisette Michele and is a featured vocalist on the University of North Texas’s Two O’clock Lab Bands newest release entitled “Two Twos”. Most recently she was chosen, out of 900 applicants, as a Top 5 finalist in the 1st annual “Sarah Vaughn International Jazz Vocal Competition” where she performed in front of jazz greats such as Dee Dee Bridgewater, Jon Hendricks, as well as Larry Rosen, Michael Bourne, and Melissa Walker. She was 1st runner-up in the competition.

Ashleigh’s style is able to fit almost any genre with ease and finesse and while she takes perfecting her craft seriously she fills every performance with the same fun she fills her life with. With the ability, style and grace to move from jazz, r&b, neo-soul, and funk, Ashleigh’s, charisma, sincerity, & energy make her a starlet worth watching.

Bernard Wright is an American funk and jazz keyboardist who began his career as a session musician and later released several solo albums in the 1980s. Toured with Lenny White when he was 13, and he played with Tom Browne at age 16. GRP Records signed him in 1981 and released his debut LP, ‘Nard, tracks from which have been prominently sampled by Dr. Dre, Snoop Dogg, Skee-Lo,and LL Cool J among countless others. He followed with Funky Beat on Arista and Mr. Wright on EMI. The latter of these albums included his biggest R&B hit, “Who Do You Love” for which a video was made. Wright has also appeared on recordings by musicians such as Cameo, Bobby Brown, Pieces of a Dream, Charles Earland, Roberta Flack, Roy Hargrove, Stanley Jordan, Chaka Khan, Marcus Miller and Miles Davis. 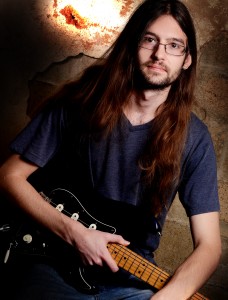 Growing up in a musical family in Denton, Texas, where his dad played country pedal steel guitar, Brandon learned to play the classical guitar and other instruments while playing in bands and orchestras. He is currently finishing his B.A. in Music at U.N.T. and gigging with a reggae/funk group called Afro Deexy Axe. He has taught at HMPS for 4 years.

Teaching Philosophy: Improv or reading focus, depending on the direction of the student 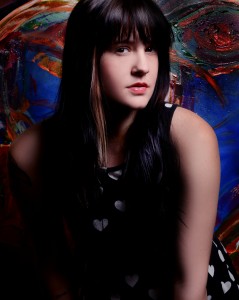 Jessie has lived in Denton for the past 5 years and has been teaching music since she was 18. She was homeschooled, had voice lessons from the age of 8, and was classically trained for piano by a Russian teacher in the Russian School of Music. Her passion for writing and performing music led her to create the Jessie Frye Band, which has made a name for itself in DFW, regularly playing festivals and clubs.

Jessie has shared the stage with Pat Benatar, the Avett Brothers and more, and won a fan-voted competition to play Edgefest in 2014. She even met with Tori Amos backstage for an article in the Dallas Observer.

Teaching philosophy: Encourage individuality, work hard with each student to bring out the best of them in a way that feels natural and comfortable

Interesting Fact: Tori Amos said of Jessie, “I know I’m going to be hearing about you. I’ve done this a long time, honey, and you’re a superstar.” 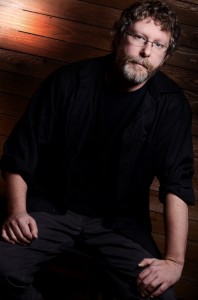 Proudly from New Jersey, Matt has lived in Texas for 20 years. He received a B.A. in Jazz Performance from U.N.T. and currently lives in Denton with his happy family of 6. He has been a performer, clinician and educator since 1989. A two-time Grammy-nominated artist, Matt has played with various international hard rock acts and been an invited drum clinician in Croatia, Denmark, New Zealand and locally. Impressively, he has played with over 100 groups in over 40 countries.

Teaching Philosophy: Try to understand the student and what his/her needs are; push as hard as I can while still being positive and complimentary

Interesting fact: Matt is an avid fan and collector of all things Futurama, and his favorite literature is sci-fi short story.