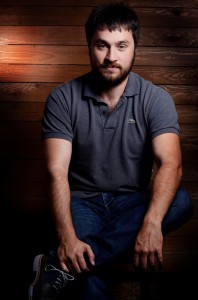 At a very tender age, David Hall recognized his passion and flair for music. He studied with several instructors throughout his life, however the one constant that always remained was his drive and compelling need to expand his musical technique, theory, repertoire and compositions. With countless hours and years of study behind him, it came as no shock to anyone that Hall chose to attend the University of North Texas in 1997. Choosing “Jazz Studies” as his major was also a given. By 2001, he had received his Bachelor’s from UNT in Jazz Guitar Studies. So, what would he do next after graduation? Hall made the inevitable, yet risky move of catapulting his passion into his livelihood. He began offering private instruction to students at all ages and all levels in 2002. Presently, 8 years later, Hall Music Productions has grown to become a state of the art fully functioning music studio…..a success which Hall doesn’t take lightly and is proud of. While both directing/teaching at Hall Music Productions , Hall has also been able to hone in on the performance and songwriting aspects of his band, Earthyvibes. He, along with his band have put out their third album this year, XY as well as continue to tour along the Southwest in order to provide some good old Texas entertainment to packed audiences. MUSIC is Halls life and he plans to pass that down to all who are willing to learn.